Las Lenas is huge, but it isn't scary. It is supremely aesthetic and inspires you to leave a single, snaking track down each of its many faces. The thing is, it is very possible to do so with the Marte Chair running and incredible peaks within easy boot-packing distance. From the top of these, the mountains stretch on seemingly forever, and so do the possibilities... 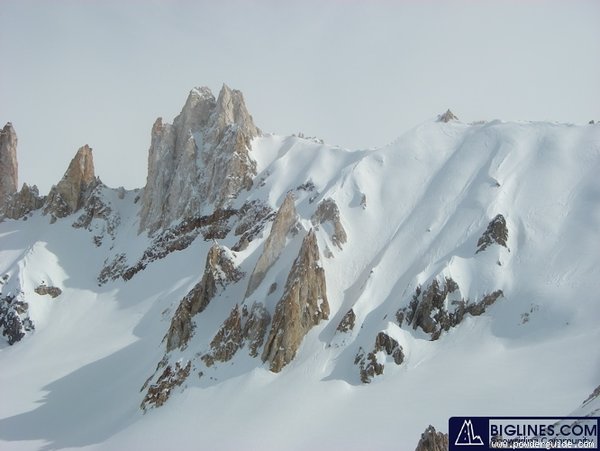 Las Lenas is huge, but it isn't scary. It is supremely aesthetic and inspires you to leave a single, snaking track down each of its many faces. The thing is, it is very possible to do so with the Marte Chair running and incredible peaks within easy boot-packing distance. From the top of these, the mountains stretch on seemingly forever, and so do the possibilities...

The last week in Las Lenas has been a dream.

Skiing in a euphoric and tired stupor has left me wondering if it is really happening at all. The days are long, the laps longer, and the party in the night equally epic. After the feast the last storm served off the Marte Chair had concluded, it was time to venture further, and into the realm of the type of mountains that dreams are made of. Lined up like proud soldiers behind the resort, in clear view from the top are Cerro Martin, Entre Rio and Torrecillas. They are steep and bulging with tall granite spires that define chutes and spines, making the mouth water.

Torrecillas was our first target.

It looms at the head of the valley, in full view from the village and beckons to be explored and skied. The summit is a haggard tower that gives way to steep spines and funneled chutes which spit you out in the bottom of the bowl where the snow is protected and preserved long after the sun and wind have had their wicked way with the surrounding peaks. We cut off from the cat track and traversed underneath Cerro Martin and Entre Rio to the slope we needed to ascend in order to access the ridge that takes you back into the Torrecillas cirque. The wind had been blowing hard, stripping last week?s 5ft of snow from the peaks and ridges. The saddle above was a shale pile and made for easy walking. 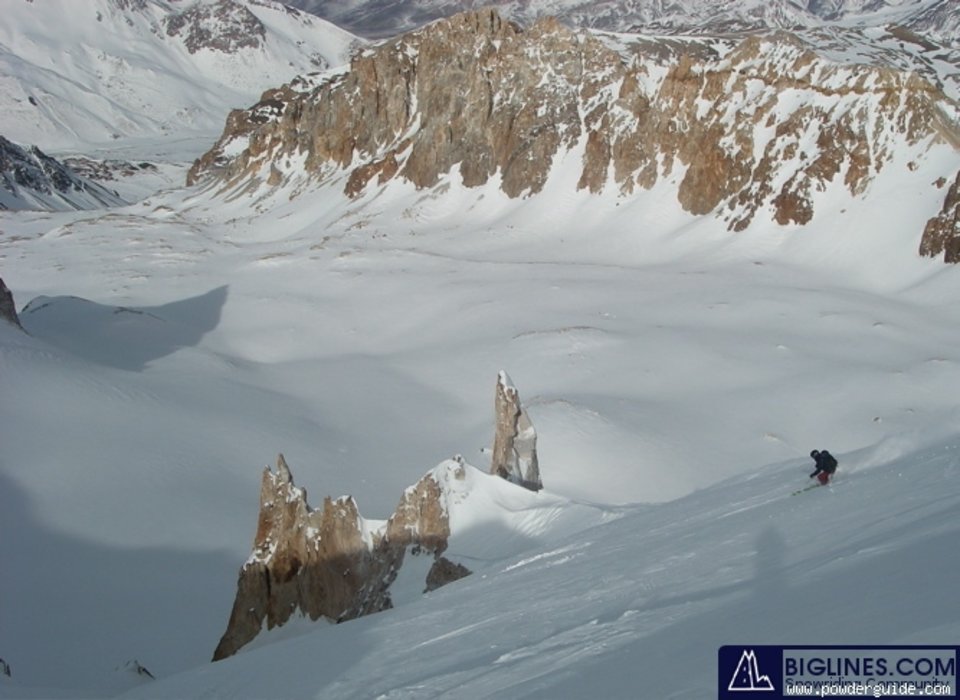 As we crested the ridge, Torrecillas looked over at us and stood to attention. Hypnotized by the prospect of what we were about to ski, we stumbled along the ridge until we reached our mark. High in the sky above 3600m, looking out over Chile to the West, the mountains are pristine and wild. We loitered and were in no rush to go down despite how good it was going to be. The day was wearing on though, so we finally dropped in and chased the shadowed fingers of the spires above us as they slide down the valley to close out another epic day. 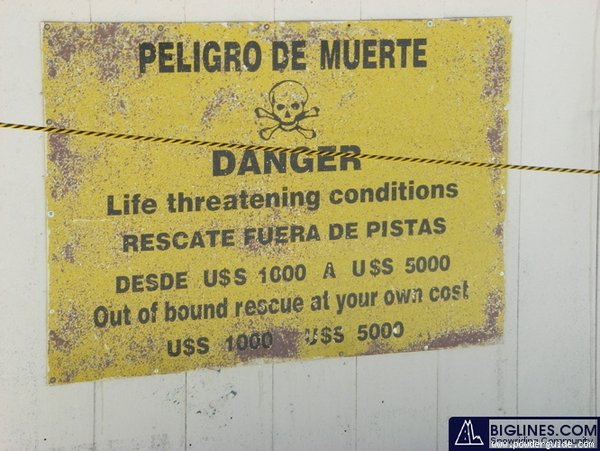 The following days were windy, overcast and uninspiring. The forecast looked bleak with no snow and plenty of wind.

A meager 1cm might grace Las Lenas before the week was out, but it was back to paying the dues, waiting for another of those days when the skies are clear and fresh snow has fallen. Sleep, steak and beer are plentiful in Las Lenas and helped to pass the time.

On Thursday the clouds rolled in and began to spit and splutter, depositing traces of snow and then blowing it away again. There was little faith in the system, and so the village partied til late, and slept later.

The snow had persisted overnight though, and the Marte Chair opened the next day, but the off piste remained closed. Sneaking into nooks and crannies fresh turns could be found, but it was still snowing and visibility was non-existent. Tomorrow would be epic if it cleared, but then again it would be that much deeper if it just kept snowing. No one knew what was going to happen.

What did happen was?

Friday dawned bluebird with gale force winds. Cabin fever had us on the only running lift, skiing dust on crust. The chair took forever, leaving us to endure the cold and wind, and it was going to be the first and only ride of the day. I was going back to bed.

Someone began setting a boot-pack above the lift and we couldn?t resist checking it out, so we followed on up. The wind began to settle and the temperature rose to a tolerable level. We skied a long, fall line back to the top of the chair and went right back on up the bootpack. It was awesome! The Marte might have been closed, forcing us to hike, but that meant each turn was that much sweeter and we wouldn?t cross a track all day.

Our biggest fear was Patrol dropping a bomb on us or the Marte opening and the masses pouring over the ridge like warriors in battle, while we kicked steps up the long ridge. It never opened and we avoided the bombs and had a truly memorable day. It was surreal being amidst these huge mountains and their silence, while a fully functioning ski resort ran below us. We may as well have been deep in the backcountry for the scale and quality of the laps we skied.

Las Lenas truly is a big mountain Mecca. I am still pinching myself to check that I haven't been dreaming for the last week. 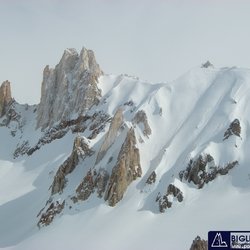 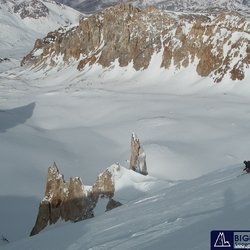 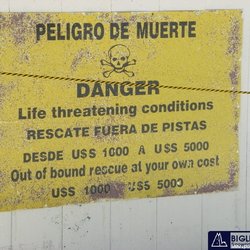 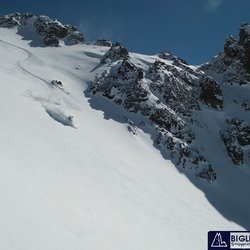