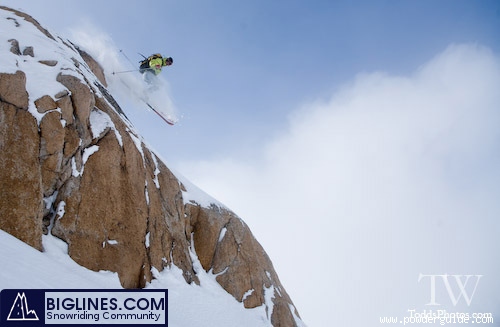 It was snowing hard as the huge, blue bus ran the gauntlet over the pass between Chile and Argentina. In Bariloche, it was snowing harder, and with stiff backs and heavy bags, we dug in for the night at a hostel. Grande flakes of snow fell in slow motion all night and when we woke up, town was caked and no-one could move. The sky had relieved itself of 1 meter of snow and we weren?t going anywhere- that is to say, the ski hill was shut down, and when it did open, we weren?t leaving until we had skied every centimeter of it.
We never made it up the mountain that first day. And nor did some friends that just arrived from Canada. Their skis had been lost in transit and all they had was what they were wearing. 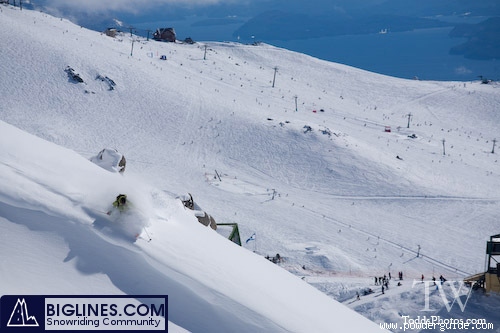 The hill did open eventually, but there was a constant stream of people returning in the same shuttle they left in because the hill was closed. We couldn?t get a clear message as to whether the hill was open or not, and at most, only the lower half would be functioning and the line ups long. Instead, we rested after the bonanza in Termas last week and sorted out our apartment. Tuesday however, it was game on and we skied pow like it was going out of fashion. The temperature had warmed up and the snow was ordinary in some places, but in others, it was deep and clean and cold. The lifts were in and out of function and we explored as much of the huge ski area at Cerro Catedral as we could in preparation for the bluebird days that were in the forecast.

We hiked up underneath the poorly designed T-bar in an area known as the Laguna. The clouds briefly parted and we received a fleeting glimpse of what was above us. We were in awe. Big, granite spires lined the ridge and gave way to a pristine cirque of protected snow and wicked outcrops of rocks and cliffs. It would have to wait for another day. There was plenty of pow to be had off the lift.

We dinned on gourmet faceshots all day and succulent, tenderloin steak in the evening. Washed down with Argentine wine and we still had change from US$10. This place seemed like paradise. The only gliche was that the boys still hadn?t received their skis from Air Canada and we were rubbing salt into the wound with our tales of epic snow.

The next day, with further warming and poor visibility in the alpine, the skiing took finesse. We found one short but steep pitch nestled away in the trees, and we owned it all morning. It wasn?t much, but it was the best. And what?s more, we could watch the Nubes lift. A crusty local, whom we didn?t really trust based on his appearance and ability, had told us that Nubes was the Holy Grail. Yesterday the lift didn?t even have chairs on it, and today it was loaded and spinning, ferrying the odd patroller up. 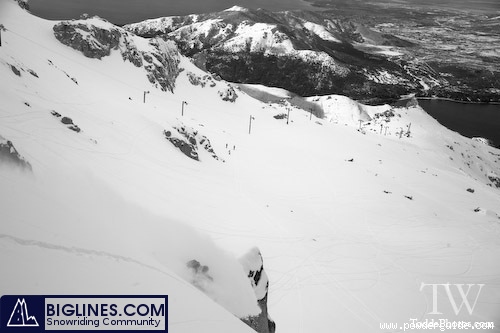 At lunch we were resigned to calling it for the day and going home, but we had one last run left in our special little zone and it needed to be skied. We never got to ski that run because as we rode the chair, we could see Nubes spinning and the odd chair loaded with civilians. We scooted over there and sure enough, we were in business and about to experience the Holy Grail. 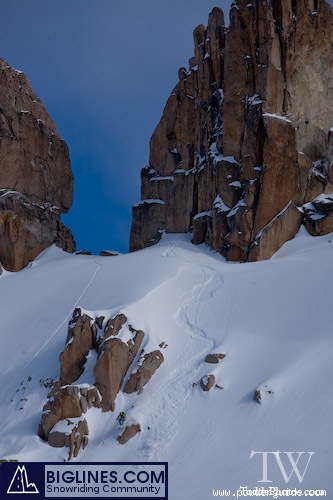 And it was divine indeed. The longest fall line on the mountain and a series of wide chutes bounded by granite fins awaited us. It was epic! With an hour left in the day, we skied fast and relished being able to open up the throttle after skiing the trees for 2 days. It was as good as blue and it seemed nobody had noticed the lift was open.

We squeezed onto the last chair as the lifties turned away the masses that had finally realized the chair was open. We had stuck it out that day, and that single hour in the Holy Grail had made a day that would be remembered.

Thursday morning was a bit slower. Things were going to be hard and icy, so we took our time and let things warm up a little. It was blue as far as the eye could see though, and we headed straight for the Laguna. The boot pack was well worn and we picked off various lines and features like Julia Roberts shopping in Pretty Woman. It is a wonderland up there, and as you crest the ridge at the top, you are smacked in the face by a view that says, "Hola. Bienvenidos al Patagonia!?. 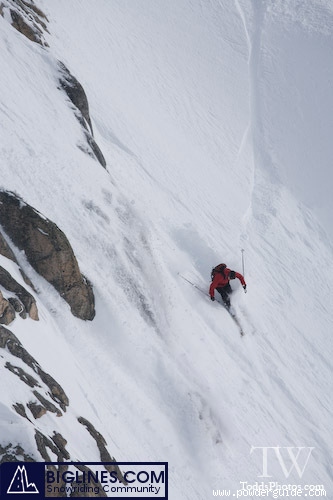 It is one of the most amazing views. The mountains behind can be likened to Alaska. Hell, Alaska should be likened to these mountains. Huge, steep, exposed faces caked in snow glare across the valley at you. Along the ridge tops, jagged spires wrestle to stand higher and prouder. It was mesmerizing, but we got our mind back on powder and skied until the lift closed, which is to say, until our legs gave out from hiking under the T-bar. The lift hadn?t opened all season because they built it to run over rocks that don?t get covered in snow. Argentine logic, but it also kept the masses on the moguls. Maybe that is good logic after all.The boys finally got their skis yesterday after being lied to and pushed from one imbecile to another at Air Canada and LAN. The only thing that was keeping them sane was the thought of what awaited them when their skis arrived. With blue bird skis in the long-term forecast, there is plenty of snow left for them to seek their revenge.

For more information on Bariloche and Cerro Catedral and tour options visit SouthAmericaSki.com 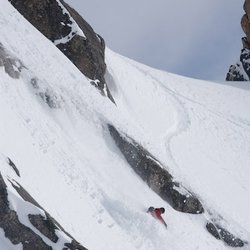 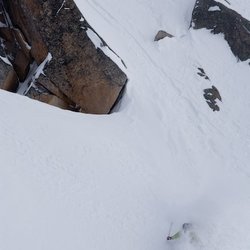 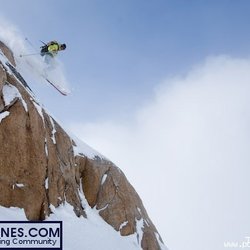 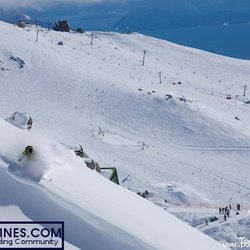 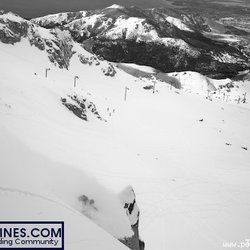 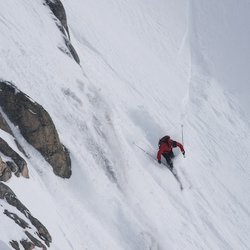