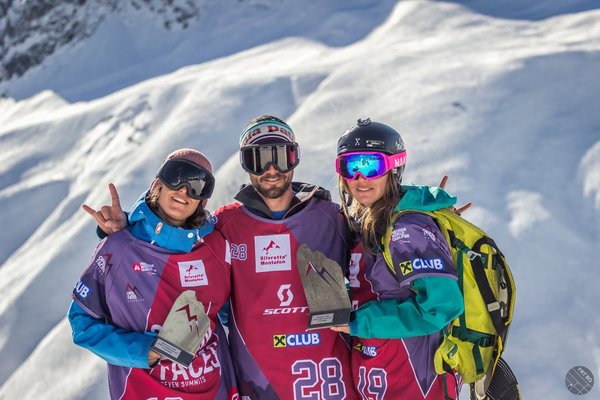 “The end justifies the means” – a saying I have always despised. A phrase that is more suiting for a war criminal or a dictator, than for a civilized person in the 21st century. It suggests that anything is allowed in a game as long as you reach the end goal. But what kind of a game is it then and what kinds of people play it?

In this case the end goal seemed simple and idealistic – forming a Bulgarian Freeride team. We wanted to create an opportunity for Bulgarian skiers and snowboarders to compete in international events, to show their potential and talent and work towards the dream of eventually seeing someone from our home country compete on the Freeride World Tour.

While chasing this goal, I was recently faced with a difficult question: How do you keep having any relationship with your main sponsor, when it turns out that sponsor is involved in corruption and thievery?

When the news broke, a lot of people around me told me: “That was clear!”, “What did you expect?”, “Everybody in Bulgaria is doing it!”

Looking back a year to the time when we first started working with the GPGroup construction company, I remember I had my own suspicions and wasn’t really happy about them becoming our main sponsor. I didn’t dig into it though and thought my misgivings were unfounded. I guess I neglected my instinct.

After the #GPGate affair, keeping eyes closed was no longer an option. 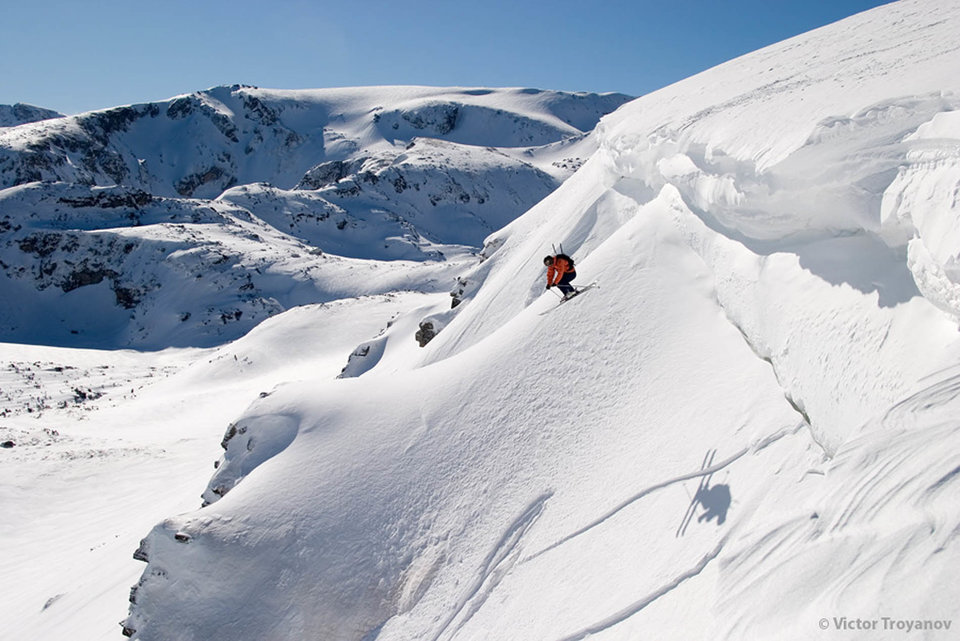 “Bivol” (“Buffalo”) is an investigative journalism website and probably the last stronghold of free speech in Bulgaria. I’ve been following it for years and I see their fight for truth, justice and the uncompromising attitude towards the status quo. These are all values that I share and would like to think I am fighting for. Following these principles, Bivol’s team unveiled the #GPGate affair, where GPGroup was linked to massive EU Funds frauds, bribing mayors and ministers, and even destroying and burning evidence. Nobody with any basic value system can remain indifferent to those things.

It’s clear to pretty much everyone that you’re basically doomed if you decide to follow a more idealistic goal in Bulgaria – be it in sports, music or arts. It’s even truer for freeriding, which is an activity that is not popular or accepted by the general public, although this doesn’t bother me or most of my friends at all, simply because freeriding is our passion and has made a big part of our lives meaningful.

But while looking for a way to create the aforementioned opportunities and progress our sport on home ground, I had to face the Bulgarian reality once again. You live in Bulgaria and you want to take part in international competitions and develop as a freeride athlete? You have two options: either you were born to a wealthy family that supports you, or you go looking for sponsors who can cover at least a part of your expenses. These expenses are unaffordable for the majority of people in Bulgaria, even for many with an above average income. In our search for sponsors we found ourselves knocking on the door of GPGroup and they ended up becoming our main source of financial support. Thanks to them and a few other companies, associations and some people and friends who helped us, we had the financial backing to get things moving. The Bulgarian Freeride Team was founded and despite some pretty hateful criticisms within the community, we showed that Bulgarian freeriders can hold their own at some of the bigger European competitions, despite lacking the better training opportunities that people from Alpine countries have.

I don’t even need to mention the work, nerves and sacrifices that went into making all this happen. But something always bugged me – although our budget was pretty modest, we wouldn’t be able to achieve these results and successes without this budget and the financial support from our sponsors.

And this is where the difficult questions begin:
Where do you draw the line?

Do you close your eyes to the wrongdoings of your sponsor, because otherwise they might stop supporting you and you may not reach your goal?

Do you tell yourself that everyone’s doing it and find comfort in the herd mentality?Or do you try to do what’s morally right, despite the negative consequences you’ll face? 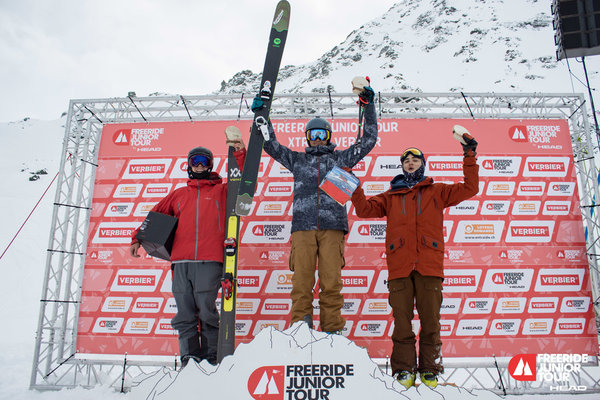 When I found myself in this situation, I immediately had one analogy in my head. A similar case regarding athletes sponsored by FIB (First Investment Bank) and its greedy owner Tseko Minev, who is also head of the Bulgarian Ski Federation. Investigations have linked this bank to numerous illegal criminal activities, also including complicity in stealing EU funds. It’s a “public secret” that FIB and Tseko Minev are the owners of the biggest ski resort in Bulgaria – Bansko. They have already developed the area illegally and are using their political ties to open even more development in Pirin National Park, a UNESCO site and one of the last natural jewels in Bulgaria. FIB’s athletes include some winter Olympians, alpinists, tennis players, volleyball players, etc..

I have briefly met some of them and I have respect for their hard work and sporting accomplishments. However, I don’t share their positions and it’s hard for me to see the moral values of people who pose with the logo of a discredited, criminal bank on podiums, in TV commercials, on billboards and at awards ceremonies. When their image is needed, they publicly support the dirty and illegal goals of their sponsor. I’d like to believe that most of them do this just so they’re able to chase their sporting goals, much like us when we stood with GPGroup’s logo, following ours.

Although there is a huge difference in the size of the financial support and sponsor attachments between our small Freeride Team and some of these other athletes, the dilemma and the questions are completely identical. I think that these athletes at least should be asking themselves the same things I was asking myself. I wonder if they ever felt stained by their “benefactors”, just like I did when the ugly truth came out. Don’t they feel like they’re becoming part of something immoral and are being used by people with dirty motives and goals? Maybe, like many others, they close their eyes, swallow their conscience and tell themselves: “The end justifies the means.”

And things go on as before. My answer, however, can’t be the same.

I think that “sponsors” like these are used to their athletes not opening their mouths a lot, let alone expressing their opinions freely. Of course this suits their purposes. Is that who we are though? Aren’t we, first and foremost, people who are able to think for ourselves? Maybe to some extent, freeriding is able to feed exactly this quality in a person, because we’re the ones deciding our own faith in the mountains, without anyone telling us where, how and what to do. But regardless of which sport it is – sport, in its essence, should be teaching moral values.

There comes a moment when we need to realize that indifference and lack of action could be the greatest evil. And this moment has been here for a while. You have to be blind not to see that the indifference and lack of action is precisely the reason that we’re stuck in a social and spiritual misery in our own country.As Plato said: “The price good men pay for their indifference to public affairs is to be ruled by evil men.” I doubt there is any better description of today’s Bulgaria. While chasing our own goals, no matter how pure, it’s very common that we become accomplices to those evil men. The end doesn’t justify the means! And it never has. We cut our relationship with GpGroup shortly after the article in Bivol came out. It was a unanimous decision. I published this text in Bulgarian on Facebook a month later, specifically stating that it’s just my own thoughts on the matter and nobody else’s. Despite that, another company decided to discontinue their sponsorship for the team after my Facebook post.

The team will go on one way or another this season. We want to give some juniors the opportunity to go to a couple of comps at least. That’s probably the main goal. We have had some new support and we've started an Indiegogo campaign to try to make up for the lack of financing so hopefully it will be possible for all of us to compete again in FWQ and FJT events. 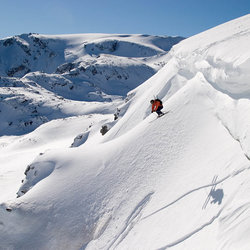 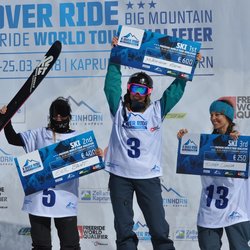 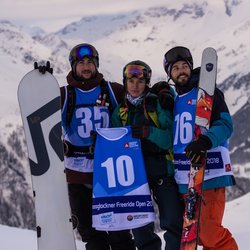 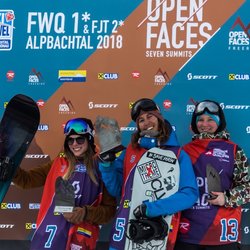 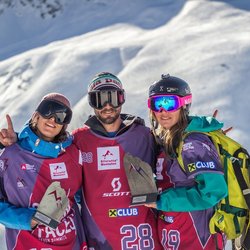 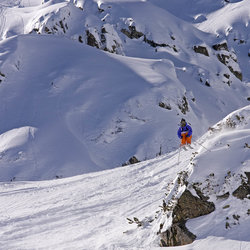 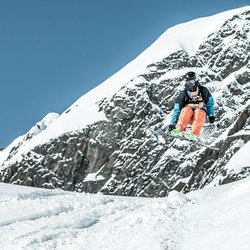 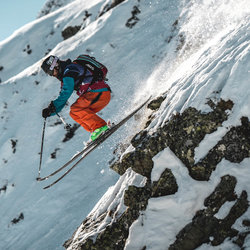