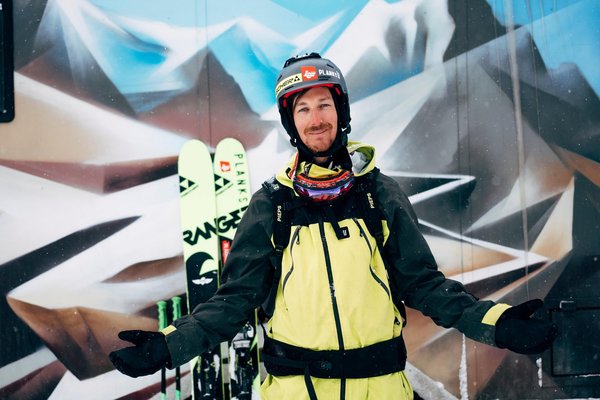 Hi Neil! You are busy presenting the Midiafilm and Snowmads movies you were involved in last year. One of them took you to Greece - not the standard destination for skiers! How come you ended up skiing there and how was it?

Hey there PowderGuide. Yep, Greece was great - friendly people, tasty food and surprisingly good snow. I went there to join the crazy ski genius Fabi Lentsch in the Snowmads truck, he's all about skiing the unexpected. And we even got to ski off the summit of Mt Olympus!

We will get back to the Snowmads shortly, but let me ask some questions about how your skiing career started. Mount Olympus is also a ski field in New Zealand where you are from. How did you get into skiing there and how can a European skier imagine a standard Kiwi ski weekend?

Mt Olympus is one of the 'club fields' in NZ, which doesn't mean it's exclusive, just that it's a non-profit organisation run by volunteers. I grew up skiing at a different club field called Mt Robert but when I moved to Christchurch for university I started skiing at the club fields there like Temple Basin (that you had to walk to get to, like Mt Robert) and Mt Olympus, 'the drinking club with the skiing problem'. It's like an insight into how skiing was 50 years ago- rough, ready and radical.

And how did you get into competitive skiing?

My university friends Pete Oswald, Charlie Lyons and Si Reeves encouraged me to join the competition scene with them, first the Chill Series at the Mt Olympus/Craigeburn and then NZ Open in Wanaka/Queenstown. After a couple of attempts I ended up winning the Chill Series and getting a couple of top 5 results at the NZ Open.

When did you first leave NZ to ski abroad? How was that? I image it's a pretty different experience, at least in terms of infrastructure, the amount of people and accessible terrain?

Yeah for sure. I went to Tahoe for a couple of 'Uni holidays seasons' because summer holidays are Nov-Feb in NZ. I rented a little place in Truckee with a couple of snowboarder friends of Jethro Neeson and Matt Stevens, plus a Brit and American that we didn't know but became friends with even though we invited Si, Charlie and Sam Smoothy to come sleep on our couch/floor for most of the season. Maybe it helped that it snowed 6m in January and we never had to dig out the gondolas (like you have to dig out the rope tows in NZ). It blew our minds to realise the ski possibilities in the northern hemisphere. 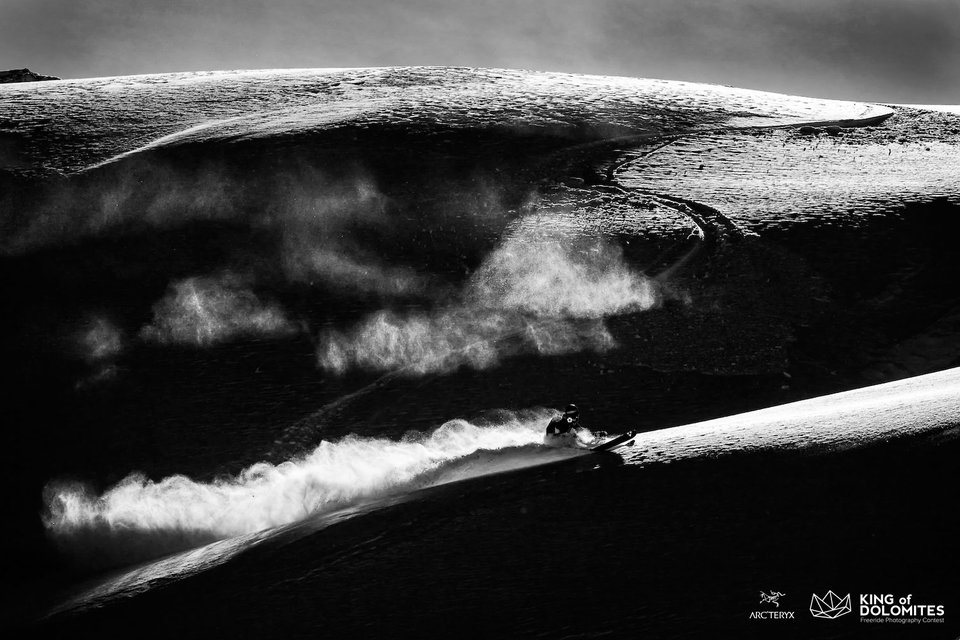 These days you ski at Axamer Lizum a lot. What is it you like about that resort and are there any similarities with the skifields in NZ?

One of my favourite things about Axamer Lizum is that it's pretty easy to find good snow a long time after the last storm if you're prepared to put a little legwork in. A lot of the runs would be considered pretty incredible in NZ but people over here can't be bothered walking to get to them, or can be bothered walking but would rather ski down the way they came up. It's crazy! The relaxed vibe is similar to the NZ 'resorts' though.

You've been an Axams Team Rider for quite a while now. We know that you skied a lot there even before you became part of there team. How did it come about that you joined forces with the resort?

Well, I heard that they were looking for team riders and it just so happened that I had already had a couple of articles (in UK and NZ skiing magazines) talking about how great Axams is, so that looked pretty good on my Ski-V when I applied. I'm always getting photos and making edits from skiing there so it was an easy partnership to fall into.

You achieved what almost all competitive Freeriders dream about. You competed in the FWT. How do you remember that period of your career?

A little more stressful and frustrating than people might think, because I felt like I was close to getting a good result for 3 seasons but never did. For sure it's nice to have the attention that is focused on the big stage but doing well at qualifiers (usually) and never being able to put down a run that I was happy with on the world tour felt like a bit of a tease. It was great to ski with some of the skiers I've always looked up to though!

Lately you are more focused on movie projects than competing. How is that working out for you?

Really well, I got to film with Snowmads in Turkey, Georgia and Greece plus filming with Midiafilm in Austria and Russia as well as winning King of the Dolomites and Click on the Mountain photo competitions in Italy. After the FWT I did a couple of FWQ comps for fun too and did well in those, and got to explore Tamok valley in Norway with Tove Kockum and Ivar Svartholm, all really cool experiences. 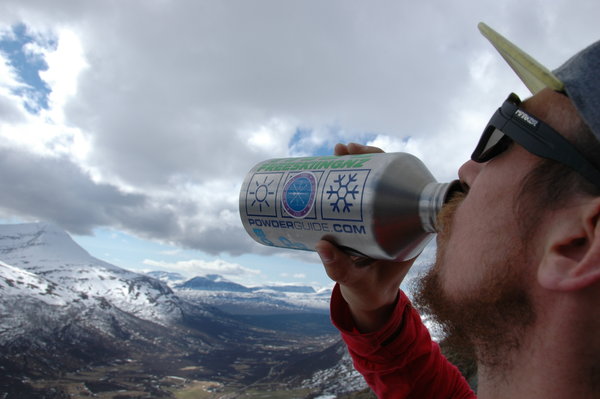 How was your trip to Russia with the Midiafilm-Crew? Again not the classic destination for a ski trip...

I was secretly hoping that the Russians would not be like how they're often portrayed in our media where they're often stereotyped to be greedy and rude. And they did turn out to be friendly and welcoming, interested and excited! I guess the further away you get from a city the friendlier people are in any country. They did however live up to the stereotype of drinking copious amounts of vodka, and in some cases homemade whiskey, I think that's a rebellious hipster thing to do over there.

Can you tell us more about your time with the Snowmads and your friendship with Fabi Lentsch? You guys go back a while, don’t you?

Yeah I met Fabi when he came to NZ for the first time 7 or 8 years ago, he was just a kid then, only 17! But I got along with him and Raphi Webhofer there because they were always so excited for fun missions. Then he invited me to film with Whiteroom Productions, and 5 years later with his own project Snowmads, which is basically how I ended up in Innsbruck. I'm pretty happy about that!

As you mentioned besides filming you were also doing some competitions in the last seasosn. How did it feel to podium the competition in Axamer Lizum again in 2016. Especially in a season where your focus was not on competitions?

Pretty damn good actually, to show that I could still do well in competitions even though I wasn't focusing on them any more. Freeriding is a mind game just as much as anything else and it's crazy how your confidence can be affected so heavily by whether you're getting shots or podiums or not!

People that have spoken to you will agree that you have a voice for the radio. Last season the FWT organizers remembered that and asked you to commentate the 4* FWQ in Hakuba Japan. Was that something you enjoyed?

Yeah I did actually, I thought I would be more jealous that I wasn't competing but I was actually pretty happy to be sitting in the commentary booth talking about how difficult and amazing the things were that my friends were doing. Maybe I got too excited!

A lot of young kiwi skiers are doing really well at the moment on the FWT and FWQ. Why do you think you kiwis are doing so well in freeriding taking into account the much lager population and ski federations of countries like France, Italy, Austria or Switzerland?

In NZ the 'ski fields' as well call them aren't split up into 'piste' and 'off-piste' like they are in Europe, anything you can get to from the lift is fair game. Racing isn't really part of our culture either, so freeriding is just normal skiing for us. The snow is often wind or sun affected too, and if you learn to freeride on that then powder is easy in comparison.

Sam Lee came 6th in his first FWT Season, Craig Murray qualified for the 2018 FWT and Hank Bilous won the first 4* and 2* FWQ competitions of this Season. Sam Smoothy, Charlie Lyons and Neil Williman, formerly prominent names in the FWT, do not focus on competing any more. Did we just experience the hand over of generations of male kiwi freeriders?

Yeah I guess that's probably what just happened, but the timing is just coincidental. All above mentioned kiwis are part of team useless and I doubt we could coordinate something that smoothly if we tried (pun intended). I think it's a natural progression to want to move into film and other projects after trying to make a name through competing for a while, which also gives me a chance to encourage and appreciate the new generation without having to compete against them!

As the new season is just about to start we will most likely find you skiing in your favourite spot Axams after a few more weeks on the glaciers. Can you tell our readers how your perfect freeride day in spring looks for you in your Austrian homeresort Axams?

Well I don't want to give too much away about my favourite runs, but a few two chair laps playing long jump and then spin to win is a good way to warm up, maybe hike the Kalkögel ridge a couple of times and then a Nockspitze run to Götzens to finish it off, there's just so many good options! 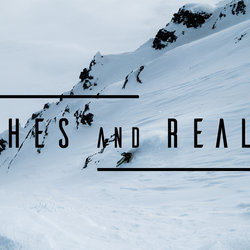 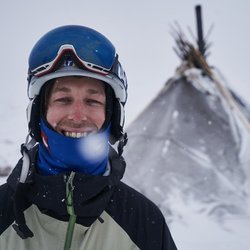 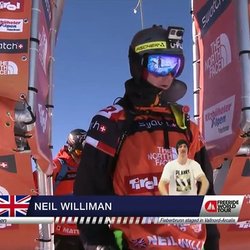 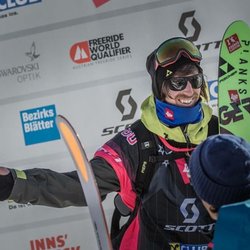 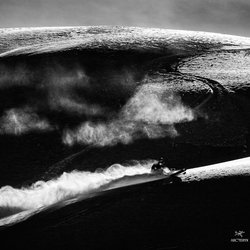 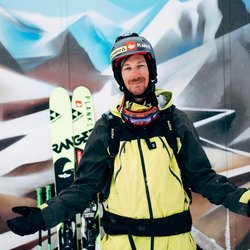 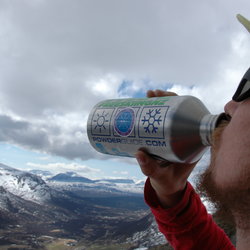