October can be a difficult month in Argentina. As if on cue, the country realizes winter in the northern hemisphere is near, and that it's time for a change in seasons. Chairlifts close, temperatures rise, and snow retreats up the mountainsides. Walking farther and farther in shoes each day gives one plenty of time to ponder their situation, and the farfetched nature of their pursuits. All the walking adds complexity to mountain pursuits, which changes the nature of our skiing. Both the muscles used and schedule one follows shift as the uphill becomes just as important as the downhill, even though it's still all about the turns. Down time runs in short supply, and is consumed more by recovery than Fernet consumption. Days begin to blur into a large string of exhaustion and the dull ache of muscle fatigue that is impossible to ignore.

This added complexity does more than change the nature of our skiing. Every small obstacle becomes a serious consideration. For example, the wind, a continuous feature of the Andes, transforms from a mild annoyance to a howling demon that can break down the strongest desires to continue skiing. Simple creek crossings become perilous ways to end days early with a deluge of water into the ski boots. The list goes on. And on. And on. These daily obstacles become massive hurdles that test devotion and love for the pursuit of skiing. The mind becomes the tool with which we overcome these tests of devotion with sound resolution.

It is when the tests are passed, and hurdles overcome, that the complexity can bring an appreciation for these farfetched pursuits. For the right individuals, difficulty only forces them to rise to the occasion. Wrestling with the beast of exhaustion, the ache of fatigue, the brutality of the elements, and the personal demons that insist it can't be done can be rejuvenating, enlightening. It's why we pursue difficult things and revel in the challenge in the first place.

Taking on these challenges has always proved rewarding. This October was no exception. Snow continued to fall up high, yielding some of the best turns of the season. Determination held through highs and lows, down days, early starts, clouds, wind, rain, and everything in between. Though weather didn't clear long enough for an overnight mission in the mountains, the most was made of what they allowed. It was bittersweet: there was an overwhelming amount of terrain that ebbed at the mind, but winter camping has consistently gotten the best of us. Tents or not, we were able to get at some bigger peaks with higher elevations, and continue to test our limits.

Shy of making things sound too easy, one of the most noticeable things about October in the Andes was how few others were out skiing. It was obvious things weren't simple, but it made us wonder if it's crazy to be skiing through October in the Andes. Maybe we were convincing ourselves these pursuits were worth it when they weren't. Maybe our time would have been better spent trying other things. It was easy to think we weren't fully sane. It turns out it was just as easy to wonder if, by not seeing others trying to do this too, we were the ones getting it right. 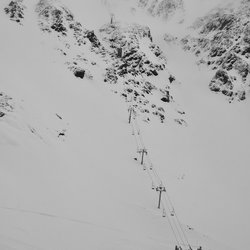 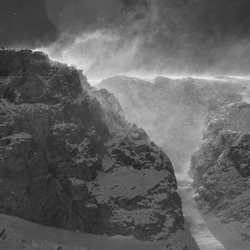 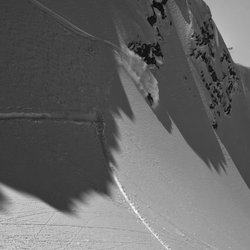 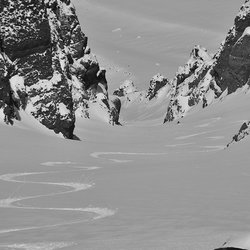 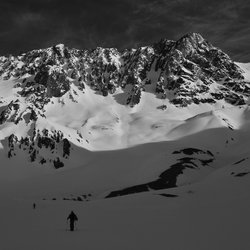 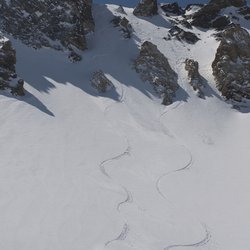 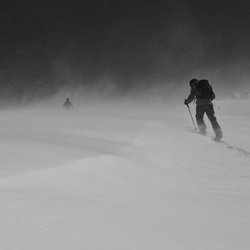 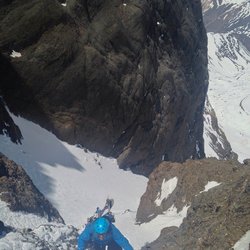 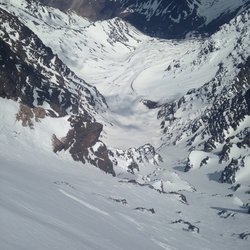