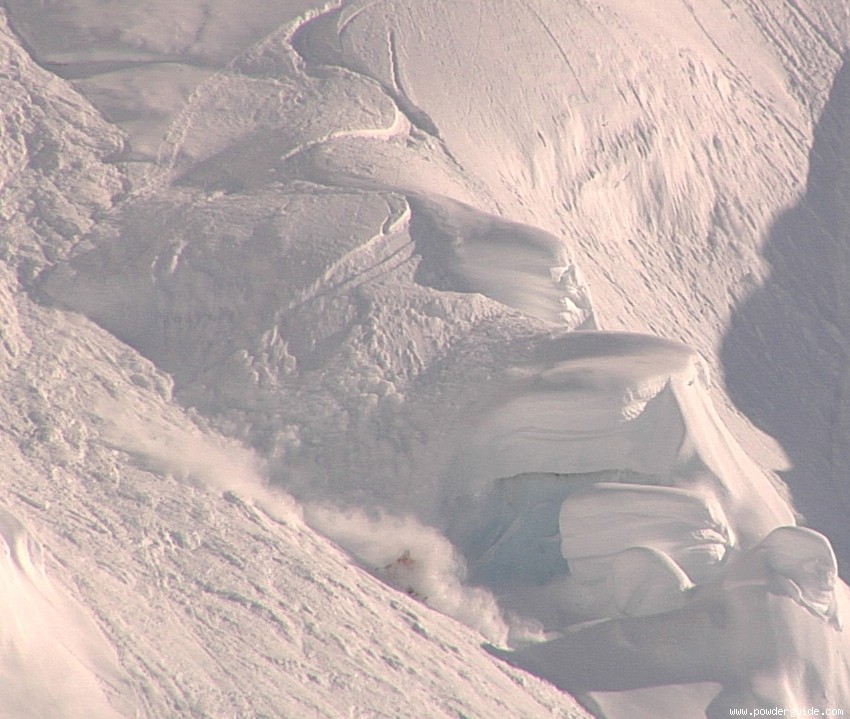 For six long days, we?ve been sitting in a motorhome watching the snow fall in enormous amounts. Almost two meters are stacked up here in the valley and there is no way of knowing how much has fallen in the mountains above. We watch DVDs, drink whiskey cooled with glacial ice, and are just waiting for the blue skies to return to the Chugash.

The energy is electric in the morning as the clouds give way to big, blue holes, the sound of the helicopter starting up and addicted powder-junkies and scrambling to put on their boots and packs and get ready for the greatest day of their lifes.
Before long, you and your four best ski partners are flying with the eagles and soon step out of the copter on a mountaintop the size of a parking spot. As the heli flies off, you are in a pristine white-world, and it?s totally silent and the views are unbelievable. Once you wake up from this dream-like environment, you realize that you?re standing on top of 45° powder face, and the massive glacier lies 1000m below. This is only the warm-up run, too!
The entrance may be a little icy from the wind, and everyone is a bit scared easing down onto the face. Stay relaxed and make a few jump-turns ? and don?t fall. But just 100m down, you hit ?the sweet spot?, also know as ?the transition zone?, and the snow is now perfect waist-deep champagne powder and you just effortlessly float down the mountain and ski out onto the glacier. From here down to the river-bed, the angle is very low, and everyone can ski together, playing around on the millions of natural terrain features such as pillows, windlips and cliffs.

Back in the heli and back up to paradise,

It all started back in the early 1990?s as an idea to bring ?extreme? skiers up to Alaska during the months of March and April when the tourism was slow. The town of Valdez organized the WESC (World Extreme Skiing Championships) and before long, the helicopters were landing on top of ridiculously jagged peaks and skiers were skiing the steepest powder-lines ever.

Back in the day, we were all still skiing on skinny 204cm ?pomme frite? skis, there were no heli-guides, one run only costed $25 all there were no rules, except the laws of gravity. Many hard lessons were learned up here in the Wild West; we learned the terrain, we learned the snowpack, we learned how to stay alive skiing these crazy lines, and we learned to love this place we call ?AK?.

Many things have changed in the Chugash Mountain in the past two decades. There are experienced heli-guides and organized operations to make things work safer and smoother, and we have high-tech helicopter with double the PS and maneuverability to access the steep and deep more easily. But thanks to the high oil prices, heli-skiing in the Great Land is almost four times as expensive as it was 20 years ago. (But the dollar is weak, and it?s a great time to have a pocket full of ?uro!)

What will never change up here is the unending beauty of The Chugash. Steep, fluted faces and spine-lines; mile-long cruising powder runs, and the largest tidewater glaciers in the world. The most amazing aspect of the coastal mountains of Alaska is the snowpack stability. As the low-pressure storms come over the North Pacific and the Gulf of Alaska, the load up on moisture and dump meters upon meters of snow in the nearby mountain. This seems like the snow will be all wet and avalanche-prone, but what happens is what is known as ?Chugash Magic? or ??surface freeze-drying?.

After the huge storms dump tons of powder?

on these 50+° faces, it?s when the skies clear and the temperature dip deep below -25°C that the transformations begin. The Northern Lights (Aurora Borealis) turns the frigid skies green and yellow, the moisture from the top 30-40cm of the snow surface dries up and evaporates, but the lower levels of the snowpack stay moist and well-bonded. Skiing slopes this steep in the Rockies of North America or the Alps of Europe would seem like suicide, but in AK it?s normal behavior.

Of course, there are cycles when the avalanche hazard is high, but it is usually very stable. There are some serious dangers in these giant mountains to be aware of, and the main issue is sluffs. Surely, you?ve seen in the ski movies the plumes of smoking cold powder shooting down the fall-line like a dragon from Hell, and pro riders skiing fast as downhillers trying to outrun them or traverse out of the way. It?s just on these steep slopes, the first few turns release the surface snow and it accelerates with gravity and gathers more snow as it descends. Don?t stand in front of the bus 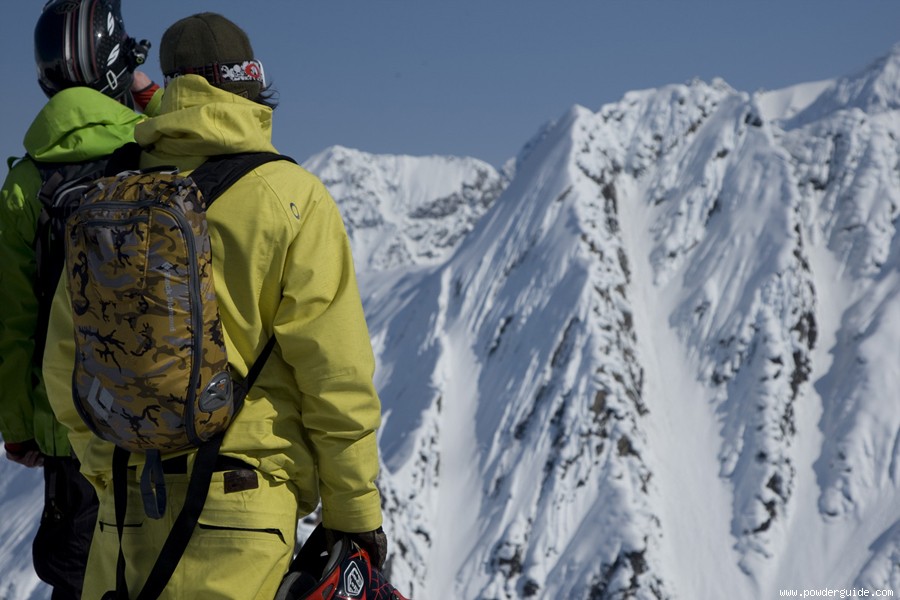 The huge development in this type of steep and deep skiing has been fat-skis. Nowadays, everyone is on these and can now ski faster while staying in control and apply less dangerous pressure on the snowpack. After seven runs of over one thousand vertical meters (höhenmeter) in deep snow and cold temperatures, you will be glad you have the advantage of floatation. The skis have been getting a bit wider every season, and there is no better testing lab for these freeride skis.

Last spring, the new boom was the ultra-wide zero-cambered powder skis with the rockered tip. These ?water-skis? allow everyone to ski like a star and enjoy a long, fast day in the coolest ski terrain on Earth. The MegaWatt from Black Diamond and the Salpmon Rocker were the hot tickets, and it looks the secret is getting spread to anyone who wants to rip AK.

So when March and April come next spring and you are feeling like taking your freeriding to the next level, go to AK and see for yourself what it?s like in the mecca of skiing. 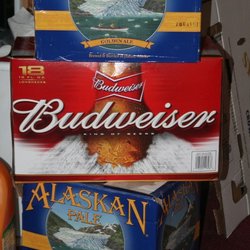 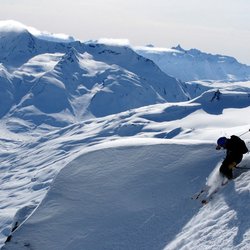 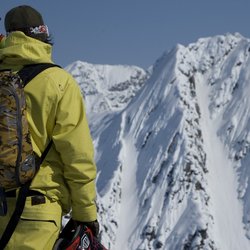 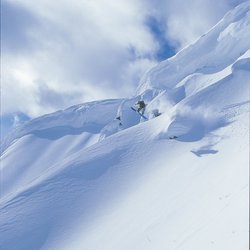